My soon to be Sis-in-Law’s birthday was on a Thursday and she had a fun evening lined up. Pizza at Empire Slice House and then an artful trip to Factory Obscura.

We got the “Slayer booth” at Empire, because of the Slayer picture on the wall. Wow, they were so young I almost didn’t recognize them! 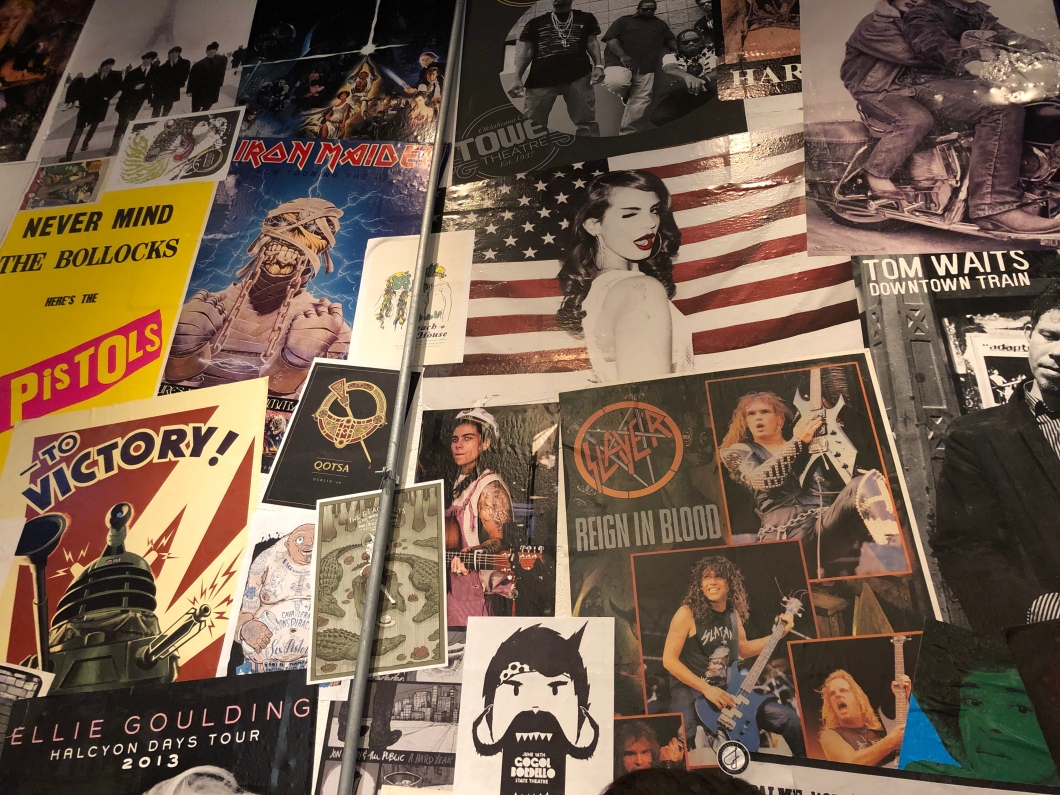 This a yummy appetizer but I don’t remember the name of it.

While we waited on the pizza, Nephew and I teamed up and won a game on his Nintendo Switch. Yellow Team!

The pizza is so huge they have to put it on stands so you’ll have room for your plate on the already large table. I like that they let you get half this and half that. These halves are Teflon Don and Notorious P.I.G. 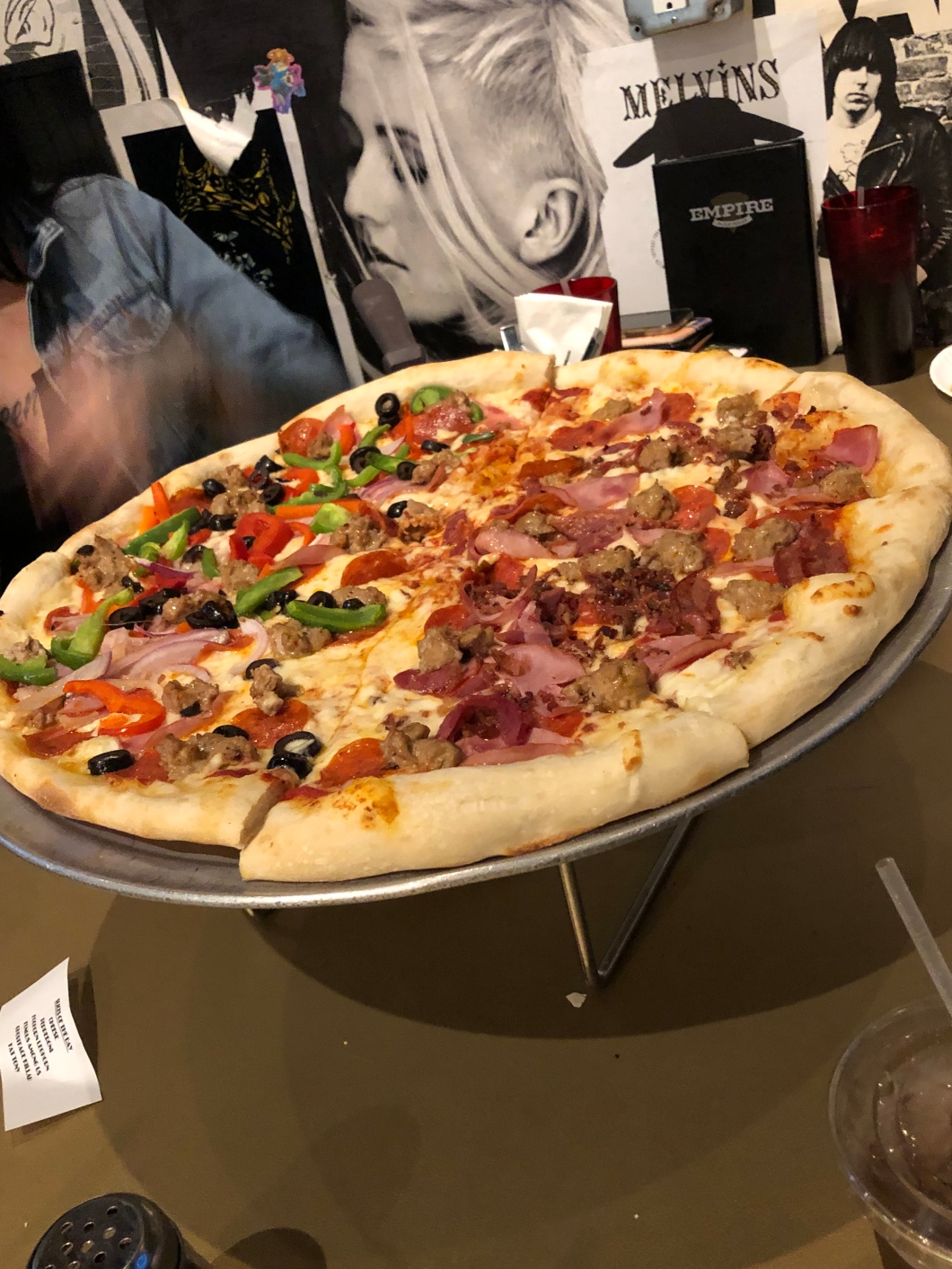 Nephew for scale. The slice is almost as big as him! Look at his neatly stacked pepperonis!

We stayed here eating a little bit too long and that was totally ok with me, but we were going to miss the art exhibit at Factory Obscura so we had to find something else to do. We set out to have fun so WE ARE GOING TO HAVE FUN!

After taking Nephew to visit some of his relatives we went on a ghost hunt.

We needed supplies for our little ghost adventure so we made a trip to Walmart for flashlights and hand wipes because we are going to be in the middle of nowhere with no sinks and we need clean hands, and a warm jacket for me because I get cold and I’m never prepared for the right activity.

Kitchen Lake Bridge is our haunted destination but we didn’t walk far enough to find the bridge and somewhere online it said 2 miles and I couldn’t get a map loaded onto my phone quick enough. We did take a look at the witch’s house where the only thing left is the chimney that’s all crumbled and where people supposedly still see a fire going sometimes. We didn’t get to witness that magical fire but we did see something super black and I mean like the blackest black ever and it wasn’t too far away from us and the road. Like when you shine light on a black object, it slightly lightens the black, well whatever this was just stayed that super black. It was about the size of a large cat, if a cat had been sitting in the grass. We were all shining our flashlights on it and we still couldn’t figure out what it was. And we weren’t about to climb the fence into private property. We might do that once but we won’t go to the next level.

Meaning the road we were walking down was fenced off with a Do Not Enter sign. No big deal it’s just a public road. The only reason it’s there is because of the damaged bridge. The witch’s house has a little driveway off that road and it also had a fence. That’s the witch’s property and if she doesn’t want us in her yard then we aren’t going in her yard. We just stayed at the fence and shined lights at her house that isn’t there anymore. Haha.

There was a full moon so if we were expecting anything, we were expecting werewolves. Online magazine articles say people hear footsteps, get uneasy feelings, their camera batteries die, their car lights stop working, stuff like that. They must not have been in a rural area before. Yeah, we heard loud strange noises and footsteps that weren’t ours, and all were so close by us they could’ve been on the road with us. We didn’t get scared at all. We’ve been to the country before. I joke about being afraid of ghosts but thats when I’ve been home alone watching scary movies all night and sleep deprived. All we were armed with were our flashlights and phones that got bad cell service because we were away from town. We didn’t need fancy equipment and a whole team of investigators!

It was getting late but our fun didn’t stop there. When we have fun, WE HAVE FUN! Birthday Girl wanted to ride scooters so we went Downtown/Bricktown to find some! 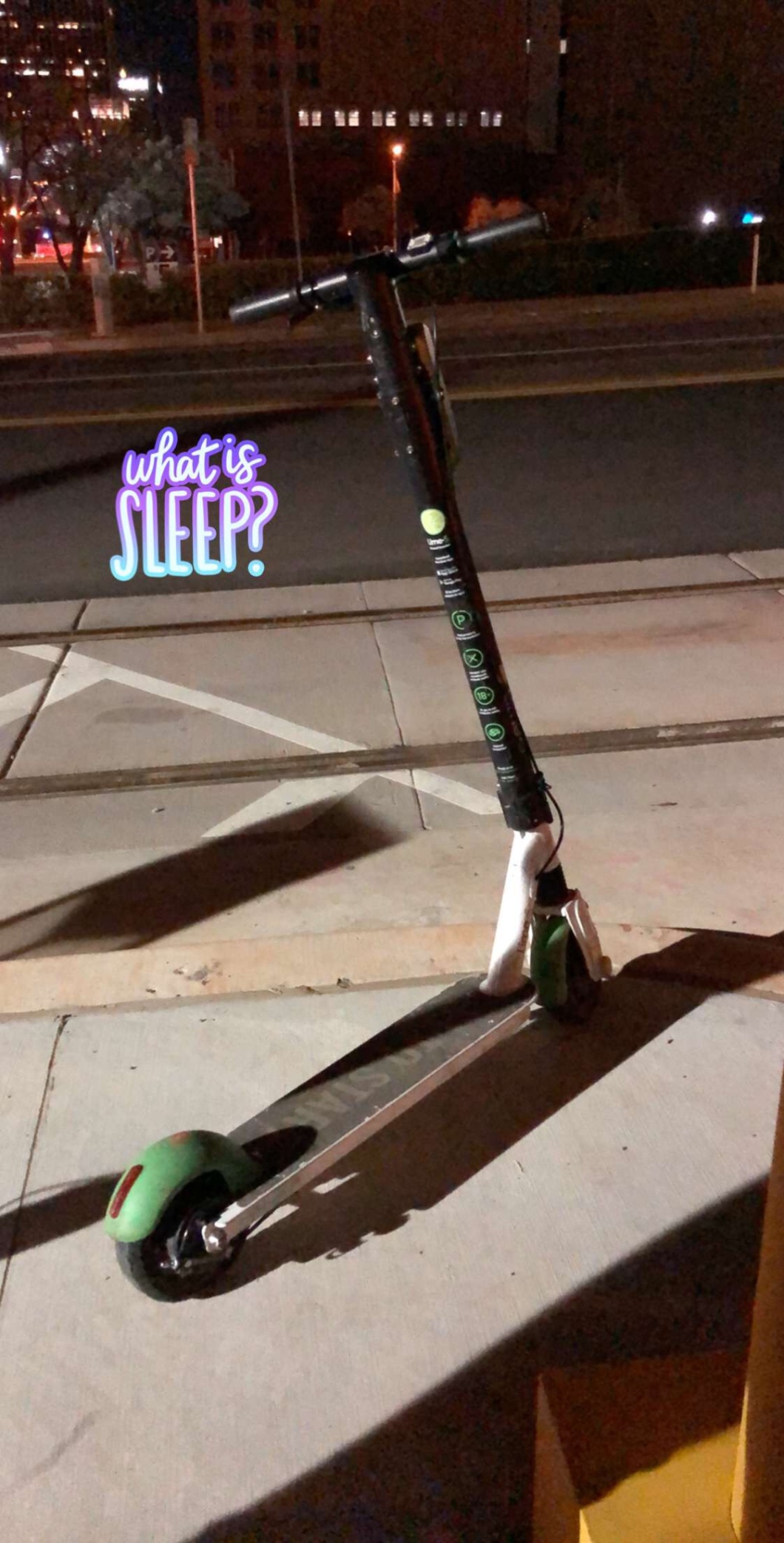 You’ll see these in random places and you’re like what, why is there a scooter here?? There is an app called Lime and if you want to ride one you scan it and it will either unlock it or tell you it’s offline because it needs to be charged. The app will also tell you where the scooters not being used are parked and how much is left on the battery. So when you’re done, you just park it wherever and someone else will pick it up to use it.

They can go fast! Nephew and I watched a girl dust out on one earlier that day. I couldn’t stop laughing and I knew that would probably be me if I rode one but now it was dark and hardly anyone was out except for groups of kids who were also looking for scooters. So if I crashed, most likely no one would see it. And if they did, who cares, it was dark and they were too busy doing their own thing anyway. But you can also go slow so it’s not like they’re any more dangerous than a regular bicycle. They are really fun though, and you might get addicted to them so I guess there’s that. It was way after midnight when we were done. And that was only because the batteries were going down. 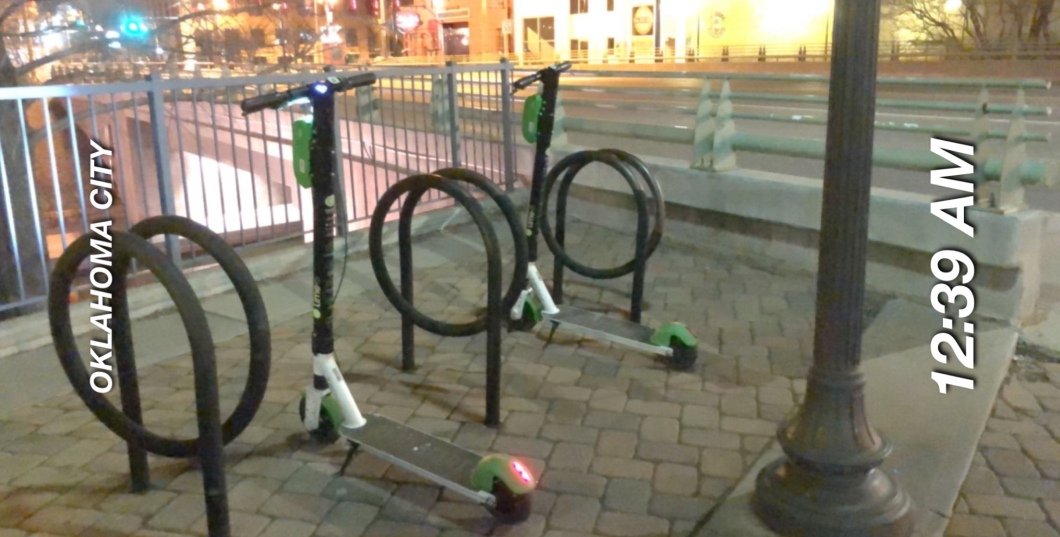 We parked them in actual parking spaces.

But our fun wasn’t over yet, we went on an Icee hunt for Birthday Girl. First, we stopped at a Circle K but the Icee machine was down and there was a bunch of weird stuff going on. Like I want to tell you but it’s kinda too unbelievable. I could show you a picture but then you’d be like WHY DID YOU SHOW ME THIS? The donuts looked good though. Anyway, back to the hunt.

We made it across town, not really, just like 20 blocks or so, to the nearest 7-11 and got Birthday Girl her icee! Even just going to get Icees was an adventure itself! For me this was a great night and I hope it was a great birthday for her.