I get one hair cut a year. One BIG haircut. The rest of the year I get it trimmed and layered but I let it get long enough to call it a big haircut. Usually in the fall is when I cut it big because of wearing scarves and hats and there is just too much going on up top for me. Same with wearing glasses and earrings. It’s one or the other. My hair does get long enough that I could wrap it around my neck like a scarf. And it would be thick enough if I didn’t get layers cut into it. It does wrap around my neck on its own when the wind blows. I think my hair is trying to kill me. That’s really when I decide to chop it off. I’m kidding, it’s the wind that might be trying to kill me. Or both. They teamed up.

As always, I’m too lazy or sleeping late (so I’m in a rush at the last minute) to take normal before and after pictures so you get what I put on my stories. Someday I’ll get back to not being so lazy and take pictures like I used to.

Here’s an “I woke up like this” picture, which super blurred to protect bystanders. I know I’m in some other people’s pictures probably. I was sitting next to a girl whose mom was taking pictures of her hair cut. She had even longer hair and it was all one length. 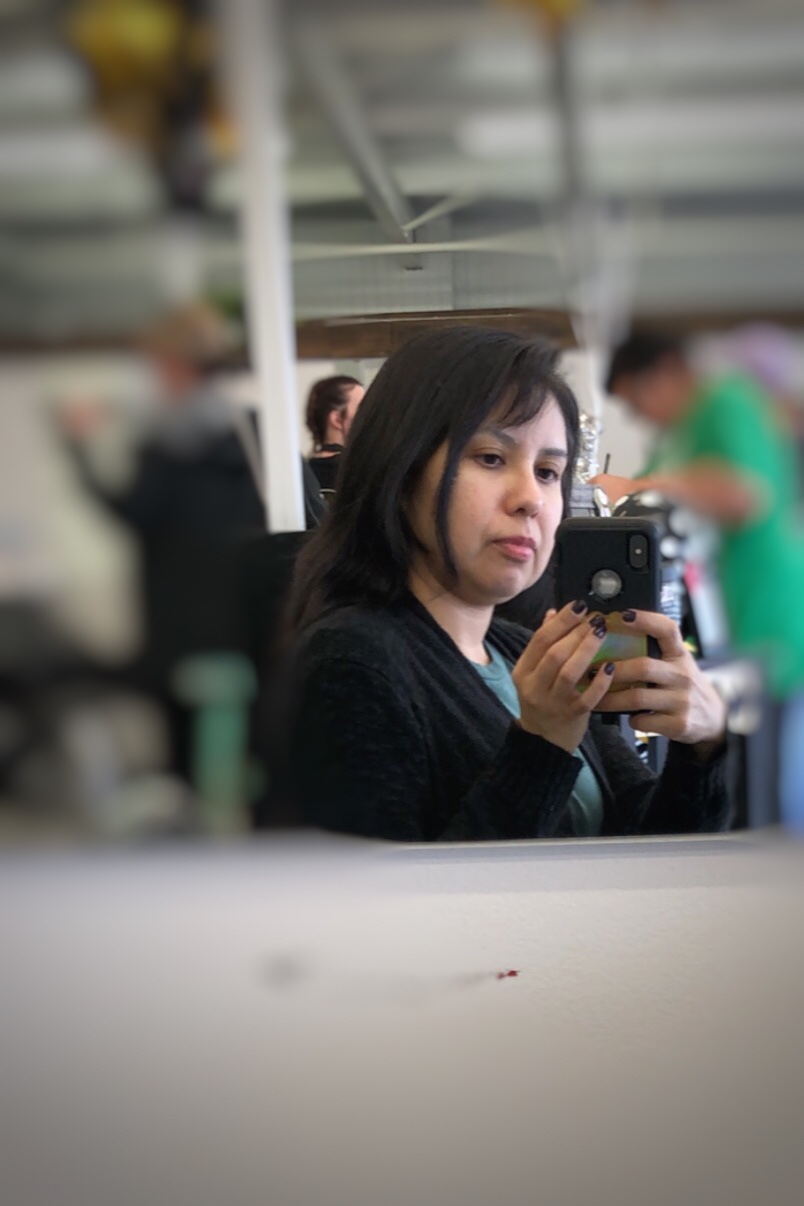 Also, no makeup. And no filter. Besides blur but I’m not blurred. So take that! To all the celebrities and girls who post no-makeup selfies but still use filters and dimly lit rooms. I’m in a brightly lit room with daylight shining through the huge wall size windows. And I didn’t even do anything about the double chin!

I had my hair in a low messy bun ponytail thing so it’s all weird angles and crazy waves. 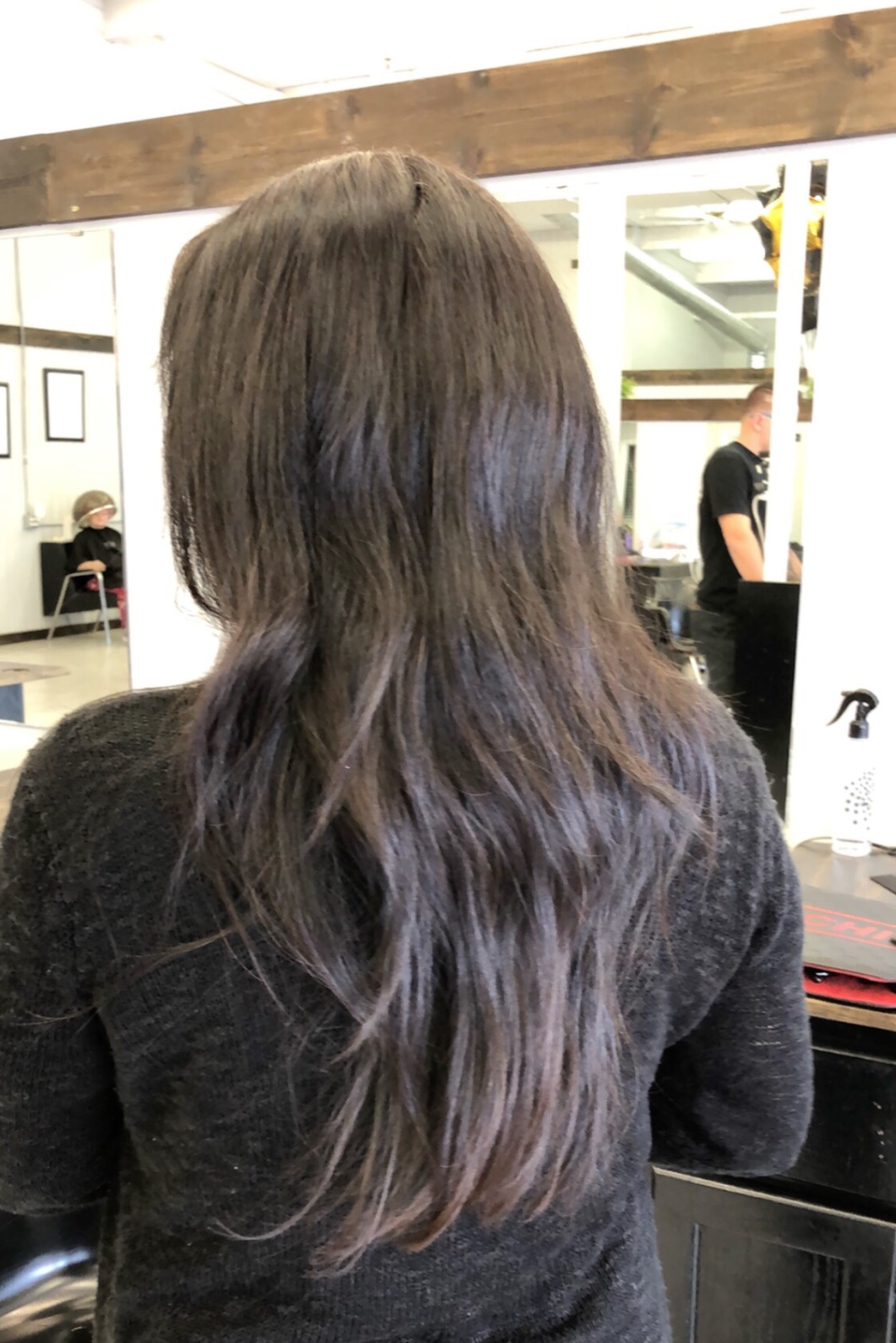 My cousin is an instructor at a beauty school and I’ve been going to her for years. I love how I can just sit down and let her work her magic. I’ll say something vague like, “I want layers” or “I like your mom’s hair” (because she cuts her mom’s hair too) and she’ll give me a great cut without me having to give specific detail about what I want. Because I’m bad at explaining and instructions. You know this if you’ve read anything on this blog. She just knows how to deal with my hair. So I walk out smiling and ready to go show it off because it’s the one day a year that my hair looks awesome!

I’ll never be able to get it to look like that again. Until next year when I get another haircut and she styles it for me.